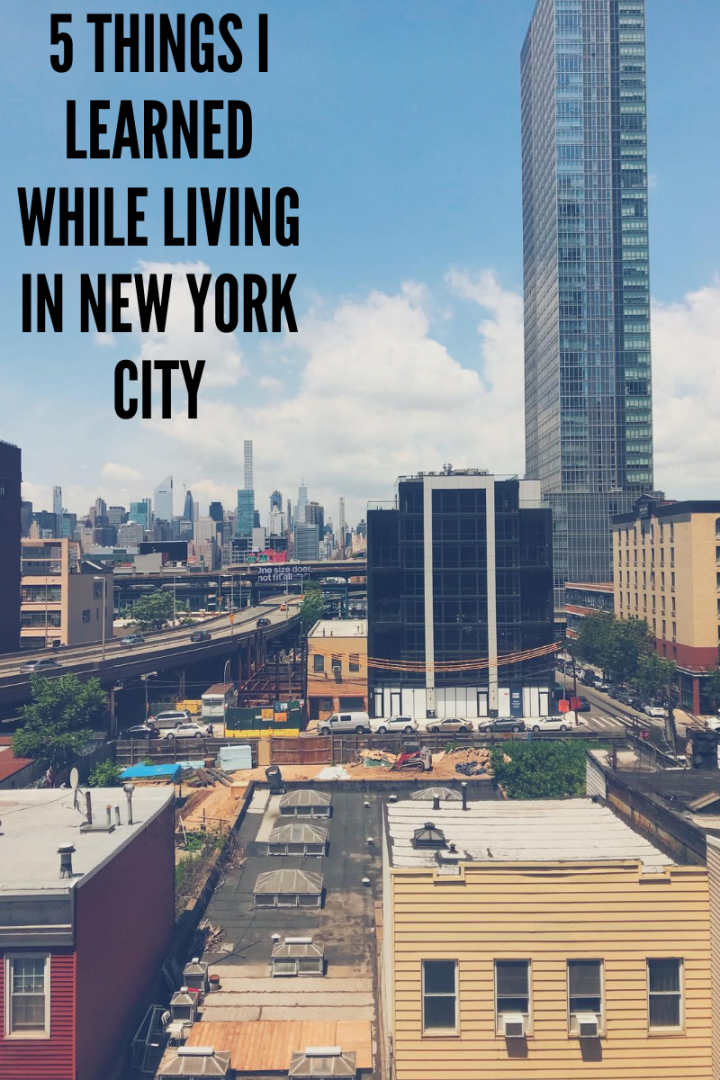 Hi All! I hope you had a lovely weekend. On Saturday, my older sister, husband, and I drove from Indiana to New York City. I had been in Indiana for a month and when we left, NYC was about to go into Phase 2 for opening. Now, being back, it is kind of weird. New York City is in Phase 4. There are so many more people out. This morning, when I took my dog out, I saw people commuting to work. That is something I haven’t seen since March.

I moved to New York City 5 years ago. It’s hard to believe at this point because so much has happened in those 5 years. I met my husband. I got married. I went to graduate school. I got my first big girl job. I lived here during a pandemic (and still am!). But most importantly, I have grown as a person. When I moved to New York City, I was a naive 22 year old. I had just graduated from college and moved to the big city with big dreams. To be honest, those big dreams were squashed within a month of living here but I persisted. Over the last 5 years, I have learned a lot and living here was a huge factor in helping my growth. Here are 5 things I learned while living in New York City.

NYC is a fast moving place and if you don’t speak up, someone will take what you want or walk over you!

Everyone has things going on in their lives. Living in NYC, you are exposed to a lot and that can be hard. But just because someone is mean to you, doesn’t mean it’s actually your fault. They could just be having a bad day or a long commute when they really just want to be at home.

When I moved to NYC, I cried a lot. It was one of the hardest times of my life. I had dreamed of living here and then when it didn’t end up being all that I thought it would, I was devastated. But after finding a job and making friends, things started to get better. I started to feel like who I was meant to be. There is a song called Ambling Alp by Yaesayer and one part of the song goes “But your lowest lows will have their compliments of highs.” This line has stuck with me through life. It is so true and in NYC, I felt it.

As with anywhere you live, there are the people who you fall in love with and build strong relationships with. But there are also people who you just don’t jive with. At my first job in NYC, I learned how to deal with people who came from different backgrounds, different beliefs, and different lifestyles.

This is the most important. I learned this one this year. NYC was hit hard by coronavirus and I mean hard. The city shut down. But, now, since the cases started going down, people are starting to get back to their lives. New Yorkers grew together. We waited patiently until the time was right to restart and we will get through the pandemic.

While it took me moving to NYC to learn these things, I am happy that I did. As I said before, I’ve grown as a person. But it doesn’t stop here. I know that the longer I live here, I will keep learning and growing.

Where do you live? Has it helped you grow as a person?